We had 33 responses on 5/6, 41 on 5/20, and 7 people wrote to us saying that they couldn't be at the dance but wanted to share their views.  Overall, this is 81 responses.  At each dance about 75% of the dancers didn't fill out a ballot, which we think is mostly that people were more likely to vote if they had strong feelings.

Some of the responses were comments-only and didn't indicate a preference, so there were only 76 ballots with 'yes' or 'no' checked.  Of those, 62 (82%) were in favor of the change.  We had asked people to indicate how strongly they felt about this on a scale of 1 being "I don't care" to 5 being "this is very important to me".  The average strength of feeling was 3.8, with most people who decided to fill out a ballot having a strong opinion.  In general, people who were in favor of the change had stronger feelings than people who were opposed to it: 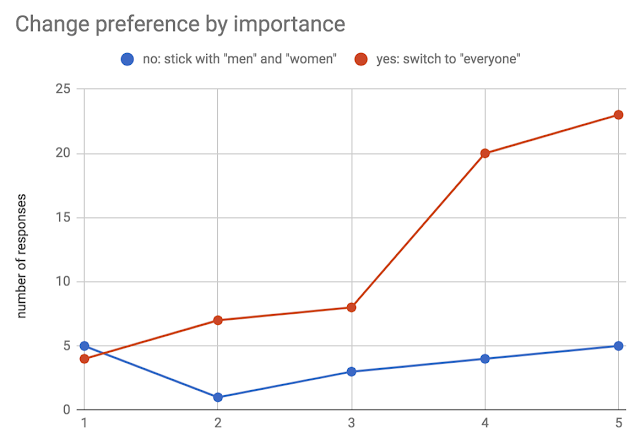 How many people were in favor of the change by how they identified:
Here were the comments:
We haven't decided yet what we're going to do; we'll decide that at our next board meeting, in June.

(The raw data from the poll results is here.) 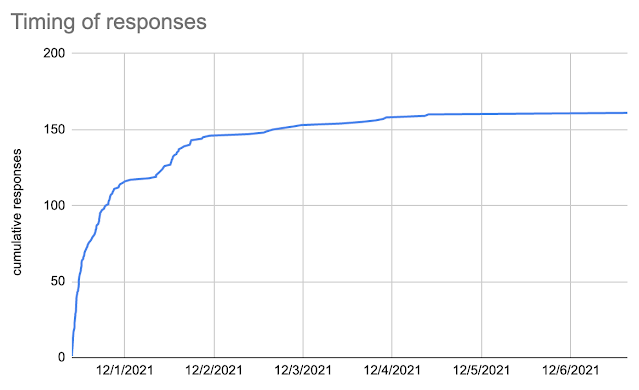 In thinking about when and how to potentially resume dancing we decided to run a poll. We've previously found these very useful to get a sense of our community: we ran polls for switching to larks/ravens and marking the bathrooms as being for " everyone ".  This time we opened with: BIDA is looking at restarting dancing, and we're sending out this survey to get a sense of the range of views in our community. We're planning to share anonymized responses publicly, as we have with our past polls. As a baseline, we are looking at limiting admission to people who are vaccinated to the fullest extent allowed, including boosters, and checking vaccine cards at admission.  We would also require dancers to wear well-fitting masks (providing free surgical masks as needed), collect email addresses to facilitate contact tracing, and ventilate to the extent that is possible. Note that the city of Cambridge currently requires masks . We posted the survey on our mailing list an 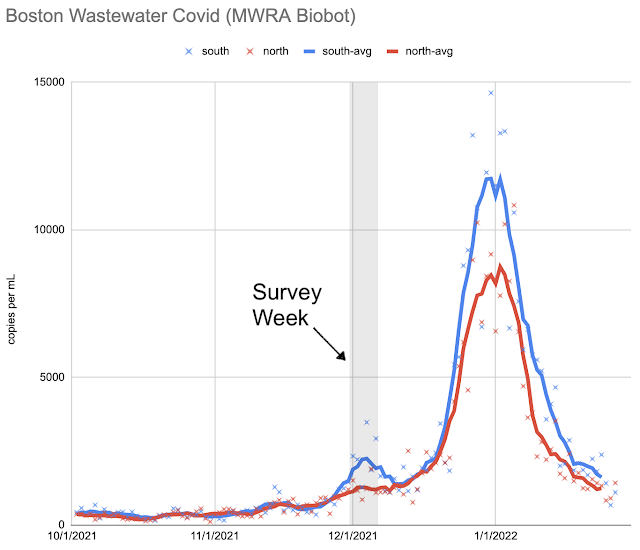 Getting Back to Dancing

Two months ago we ran a poll to understand how our community was thinking about resuming dancing.  While people were overall in favor of restarting with some precautions, over the next few weeks conditions changed dramatically: source: Massachusetts Water Resources Authority The Omicron spike is passing, however, with current levels below those at the time of the survey and still falling. We're planning to restart dancing on Sunday February 20th, when we expect levels will be even lower.  We'll be requiring: Full vaccination, including a booster if you're eligible for one.  We'll check cards at the door, so bring your card or a picture of it. Well-fitting masks.  Indoor masking is a City of Cambridge requirement, and they have guidelines on choosing a good mask .  They recommend against cloth masks, and we will offer complimentary surgical-style masks. Email addresses, so we can notify attendees if someone who was at the dance later informs us that they've tested p 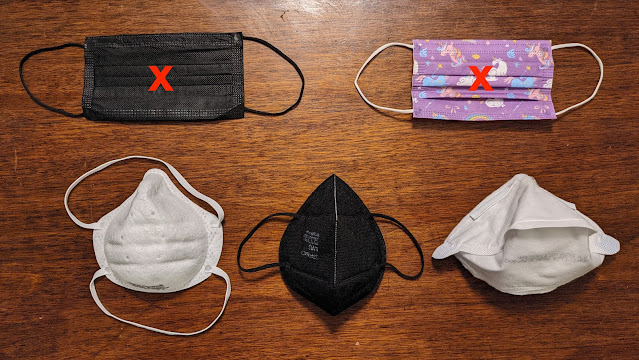 With cases increasing in our area and several people reporting positive tests in the week after our last dance, BIDA has decided to start requiring high filtration masks.  This means N95, KN95, KF-94, FFP-2, or P100 masks.  Cloth and surgical masks will no longer be accepted. This is what the City of Cambridge recommends , and is the same mask policy used by  Concord Thursday ,  Monday , and Greenfield . We will have a selection of N95 masks available for free, but we recommend you bring your own if you have one you know fits well. While in general we don't allow masks with vents, reusable P100s are permitted with a surgical-style mask over the vent. At the same time, we're also changing our approach to notifying dancers If someone informs us they may have been infectious at the dance, we will update our website, post on Facebook, and email everyone who filled out the contact tracing form at the dance. If additional people also inform us, we will update the notification on the